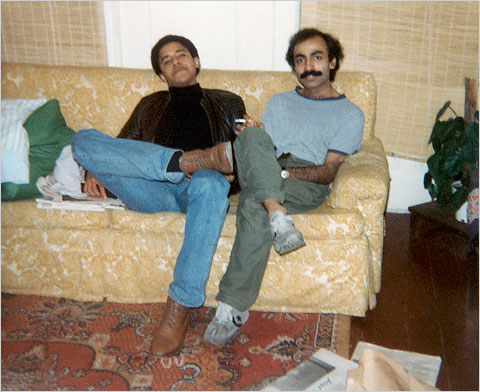 No deja de ser curioso (NOBODY REMEMBERS OBAMA AT COLUMBIA):

Looking for evidence of Obama’s past, Fox News contacted 400 Columbia University students from the period when Obama claims to have been there, but none remembered him.

Wayne Allyn Root was, like Obama, a political science major at Columbia who also graduated in 1983. In 2008, Root says of Obama, «I don’t know a single person at Columbia that knew him, and they all know me.

I don’t have a classmate who ever knew Barack Obama at Columbia. Ever! Nobody recalls him. I’m not exaggerating, I’m not kidding.»

Root adds that he was also, like Obama, «Class of ’83 political science, pre-law» and says, «You don’t get more exact or closer than that. Never met him in my life, don’t know anyone who ever met him.

At the class reunion, our 20th reunion five years ago, who was asked to be the speaker of the class? Me.

No one ever heard of Barack! And five years ago, nobody even knew who he was. The guy who writes the class notes, who’s kind of the, as we say in New York, the macha who knows everybody, has yet to find a person, a human who ever met him. Is that not strange?

It’s very strange.» Obama’s photograph does not appear in the school’s yearbook and Obama consistently declines requests to talk about his years at Columbia, provide school records, or provide the name of any former classmates or friends while at Columbia.